Teenage Mutant Ninja Turtles has become one of the best known and popular franchises in the world. The popularity can be credited to the well-written script and interesting topics as well as to the fact that we are talking about talking turtles who are trying to save the world. it should be also added that the characters are the ones who are making this series and franchise so interesting. It should be also mentioned that it does not matter whether we are talking about the comics, cartoon or movies, the characters from this franchise bring life and popularity into it. So, let’s see the Teenage Mutant Ninja Turtles characters.

When we are talking about this character, we should mention that he is known as the unofficial leader of the group that tries to bring the best and most reasonable decisions for the entire group. It should be also added that his mask is blue and that he uses ninjakens as weapons.

Many people try to describe him as a hot-headed turtle who is actually presented as a bad boy in the franchise. We should also add that the color of his mask is red and that he uses sais for combat.

The brain of the group. We are talking about a turtle that is a scientist and the most intelligent member of the group. He is the one who brings technological and innovative solutions to his brothers so that they can be more efficient in combat. His mask is purple and he uses bo-staff in combat.

He is the one who brings fun into everything. He is the funniest character always ready to crack some jokes and to make the situation lighter and funnier. His love for pizza is unprecedented. He uses nunchucks for fighting and his mask is yellow. It has also been noticed that he is the one who gives various funny names to new mutants that appear in the franchise.

He is the sensei and the official teacher and leader of the group. It should be mentioned that he was a human that was transformed into a rat. Even though he is a rat, and an aged one, his combat skills are unprecedented and turtles and other characters are simply not a match for him. it should be also noted that he is the one who knows to say the needed things to his sons when they are in trouble or has disputes. He knows how to lead them, and he does precisely that.

She is a reporter and she is employed at Channel 6. She is a beautiful reporter who meets turtles and recognizes their attempt to fight crime and efforts to save the Earth. She joins them and she also shows a great amount of resourcefulness and courage when there are problems.

He is a kind of a vigilante that fights crime and injustice on his own. He is most famous for using some of sports equipment and requisites during his fights against criminals and crime. He carries all of his weapons in a simple golf bag. It should be also added that he uses a mask to cover his face during fights. He meets the turtles and becomes their aid in their fight against crime.

He is the main opponent of the turtles and he is the one who is trying to destroy them. He is best known for his metal mask that covers his face. It should be also mentioned that his fighting skills are also formidable. His real name is Oroku Saki and he was born in Japan.

These two characters always go side by side. They are actually mutants who originated from a warthog and a rhinoceros. They are the main help and villains that are available to Shredder for various evil missions. They are the ones who constantly fight the turtles, but never win. It should be also added that they are the reason for a lot of humor in the franchise.

He is the mastermind behind all the evil in the franchise and he is the one giving directives to Shredder and the Foot Clan. His final aim is destroying and conquering not only the Earth but the entire universe. 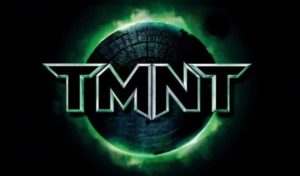 © Copyright 2017 - Newspaper WordPress Theme by TagDiv
We use cookies to ensure that we give you the best experience on our website. If you continue to use this site we will assume that you are happy with it.Ok